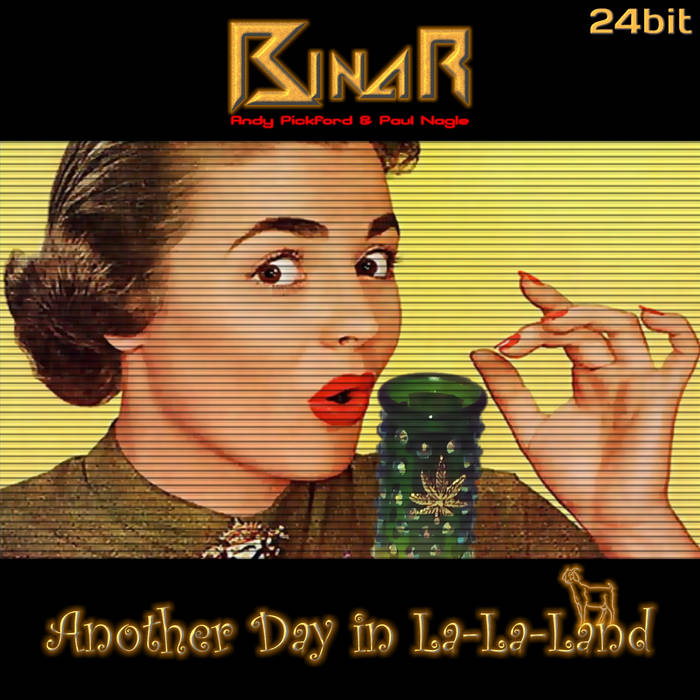 Tom Savarese They are coming into their inspiration! Good musicians, good studio, real musicians. Boys, it's time for two more!

Dech seriously cool track!! and some other good stuff on there ! Favorite track: Byzantium.

Bradford Warner if you start listening, you'll quickly find it very hard to stop--it's like an audio chemical reaction Favorite track: Another Day in La-La-Land.

You can buy and download this album from Monday March 28.

Back in 2006, Paul Nagle & Andy Pickford held what was to be the last of their many improvised music sessions at Andy's studio. Due to the onset of middle age procrastination, they are yet to do another one but they're both certain that more could theoretically take place. If they can be arsed.

The 2006 session wasn't especially well thought of at the time, as they'd set out with the aim to focus on rhythmic percussion and minimalism and they weren't sure it had the desired outcome. As procrastination took its toll, the session was left on archive and was forgotten. At the start of 2016, Andy rediscovered the session and noticed that these were in fact ideal backing tracks and building blocks for something to be constructed upon. And thus, with procrastination taking a bit of a recess, work began on what was to become the album Another Day in La-La-Land.

Wherever possible, the original session material is presented as the main spine of a given track's structure. In some cases however, session material has been edited and restructured as seamless loops and blocks. Themes and chord sequences present in the original session have been preserved and, in cases of them being too far down in the end mix, played too briefly or incorrectly positioned in the resulting structure, they have been played afresh or enhanced with additional lines.

A good deal of new material has also been added, including additional percussion, bass, pads, sequences and melodies. Pretty much anything in fact, in order to create completed semi-studio tracks. In all, the work took Andy just five weeks from start to finish. You could say he was quite inspired by the challenge of taking something half-finished and imagining how it might sound if completed. Another reason for the speed of production was the Binar ethic, that if we must veer away from improvisation, then at least stick with the first idea you have and try to do it in one take.

ADiLLL is a seamlessly blended together album with something of a concept running through it. For these reasons we would rather you just bought the entire thing rather than individual tracks, otherwise you just won't get ina da groove bro, for real, innit.

Please note this album contains some adult language which is unsuitable for children or drama queens. It also contains various references to marijuana even though AP has not actually used any for over a year. It's just how the album swings, dudes :-)

NB: we are not high grossing musicians. The cost of pressing CDs of this album doesn't justify what we expect to sell. Whereas we can make a modest return selling downloads, we would expect to lose all that if we made CDs as well. We're sorry if you're disappointed about this.