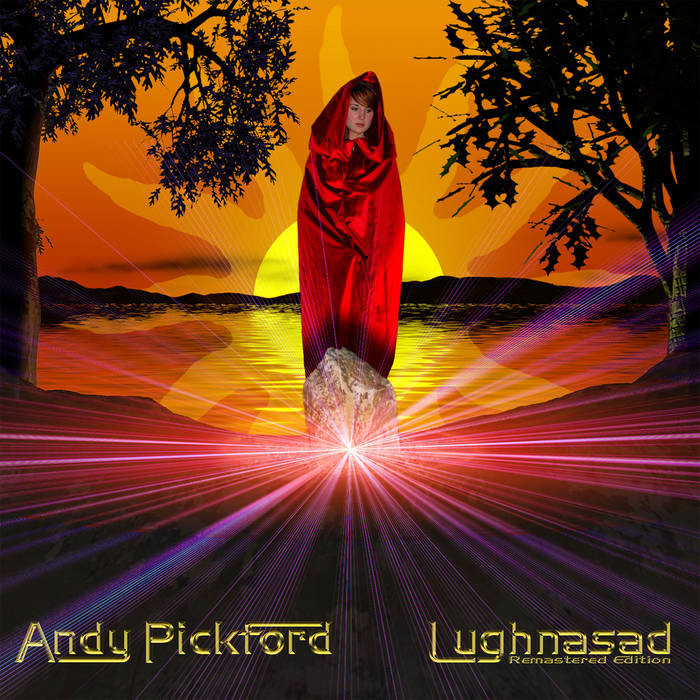 Thomas Graham This is THE best of the older AP releases. Remastered and in FLAC.

Thank you and enjoy!

Andy Pickford has released the remastered version of his widely cherished LP record, “Lughnasad,” to broad critical and fan acclaim. The original “Lughnasad” was the final Pickford album to be released before his eight-year hiatus from solo work, during which he collaborated with a bevy of other respected artists. It is comprised of 15 tracks for a total of one and a half hours' worth of stunning, arresting music.

The sound of “Lughnasad” is a shift from previous Pickford records in that it is more ambient and progressive in tone and style, by far the most experimental of his LP albums. He makes profound use of Schumann resonances, which are a set of spectrum peaks in the extremely low frequency portion of the Earth's electromagnetic field. These reverberations have been known to synchronize to the frequencies of human brainwaves during the dream state.

“Thus,” Pickford himself explains, “the sound is designed to interact with your own imagination, to bring you relaxing visions and make you feel as if you've experienced something more than great music.”

The effect is a soothing, calming album the likes of which no artist has ever before composed.

Interestingly, “Lughnasad” was never mastered before its debut, the artist having decided that the raw mix could not be better defined at the time. The present incarnation of Pickford's album is not a remastered version in the strictest sense, therefore, but rather a newly mastered version with carefully sculpted nuances not appearing in the original. The added depth, texture, and scope these provide cannot be overstated.

Speaking of the difference this has made, Pickford writes, “[The mastering] has produced a wonderfully rounded, dynamically expressive sound which sounds great even using a surround sound system, and which is especially impressive on headphones.”

In addition to its other remarkable traits, “Lughnasad” also features vocals by Rachel Cohen, of popular and notable Welsh bands Karnataka and the Reasoning.

Composed, performed and produced by Andy Pickford between 2000-2002.
Vocals on the title track by Rachel Cohen.