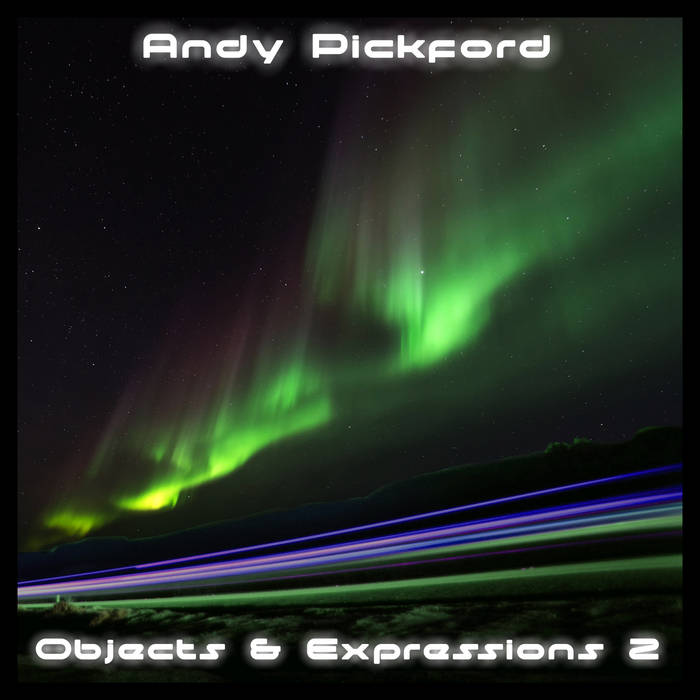 Part 2 of a 3 part, download only album series. Presented here as native 24-bit lossless files, among a range of other options.

A Distant Place
Haters of singy-bits take comfort, as this is the only ‘song’ on the album, as per O&E 1 :-)  Here’s me doing some Pinky Floydy, proggy, whatever the f*cky I don’t know, but it sounds pretty good in all and I’m sure fans of me doing this kind of thing will love it. If you’re not one of those then sure, I know life sucks sometimes. There are plenty of comforting pictures of kittens on the internet for you.
Anyway, the lyrics :

From the far side of the galaxy,
In all majesty within you,
Dreamers don’t become reality,
It’s a tragedy when it’s true,
Devotion is eternal destiny,
But not infinity without you,
Always on the darkest side of me,
Where no soul can be this will do.

Falling into states of entropy,
It’s where you shouldn’t be but you know you,
Smiling in between realities,
Nothing after me nothing new,
All the silences fall over you,
Like they always do here in space,
All the sunsets you will never see,
Only effigies of a distant place.

Blown Away
If I recall, and this is getting dodgier by the year I can tell you, this was my first shot at anything DnB-ish, around 2009. It has a few rough edges which I’ve managed to nerf out along the way and it sounds pretty trippy. The bass sequence lines aren’t the originals however - these be Messrs Boog & Neutron’s work!

Freedom
Once upon a time, probably 2012, this went on a download EP. Not in this form it didn’t. This is a more compact and more tightly arranged version, with a new underpinning sequence c/o da Boog. No point describing what the piece is about, it kinda speaks for itself!

Elipse
One of Kim’s favourites this. She says it reminds her of yachts and Monte Carlo and stuff. Yeah. Ah well, it does take all sorts to make a world dunnit?! This is very likely a 2011 composition and I’m reasonably certain I wasn’t thinking about Monte Carlo or yachts at the time. I was quite likely somewhat stoned and goin' whichever way da breeze wuz blowin… It blowed pretty good as it turned out :-) Gearwise this is likely to be a hookeyware plugin special with some Korg Triton thrown in.

Maniac
Erm… what can I possibly say about this abomination?! It’s f*ckin loud, it kicks ass like a donkey and it’s good to smash things up to. Just don’t do that last thing okay? In terms of style or genre, this ain’t got one. Perhaps “Car Wrecking Music” would best describe it! 2010 for sure. And again gearwise, I would get the kleenex out in anticipation of classic synth involvement! VST-fest!

Fly
2009. This has been revised a few times since then however. This is a very recent 2018 revision. Although I know some people who’ve heard this really like it, but it’s been one of those tracks I’ve just had to bugger about with rather than release. This is probably the version I’m most okay about. Some of the more recently revised lines involve Triton & Boog, although in what order and to what extent I wasn’t paying attention!

Prism
Round the 2015 mark I’d say. I did it for inclusion on an Awakenings VT, albeit in a different version. This one was done for this album and includes more synthy squelchiness and better mixed drums. It’s got a slightly Binar feel I think, having been originally culled from an improv session.

Believe
The earliest piece here, from 2006, originally. This isn’t actually too different from the original and try as I might I can’t get rid of that bloody annoying girl’s voice when the beat kicks in! Nevertheless, it remains a melody I’ve often found myself recalling over the years. Played on Nord Rack 3 at the time and I’ve left the original lead line alone. It’s nothing too complicated and has a nice tune. Piece originally done for some ghostbusting buddies of mine back in the day.

What You Leave Behind
2008 I think. Aye, another of those pieces one does when one is moping about ex-partners. Self-pity is wonderful isn’t it? Well no, it’s not but at least having the ability to come up with a nice bit of music about it does make something positive out of it. Just the kind of reflective stuff which ends albums nicely.

Watch out for O&E 3 before that peculiar celebratory part of December :-)

Composed, performed, produced, tweaked, fecked about with and generally sat on for a while, by AP.