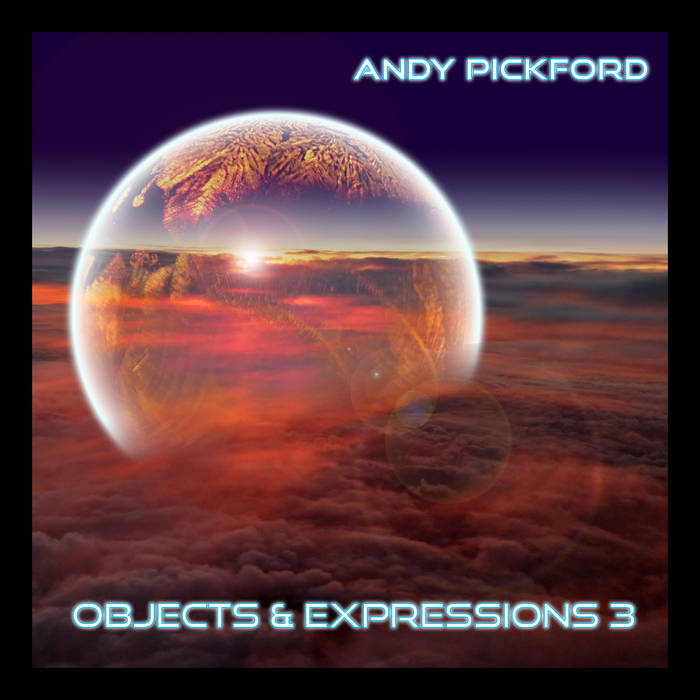 Thomas Graham Superb. All 3 of these are quality....

Prime contender for my personal favourite piece out of all of those selected for Objects & Expressions1/2/3. It’s mad. I like mad, it reminds me so much of myself :-D
This originates from some time back in 2008 when the initial backbone was put together on Fruity Loops I believe. I did a video for it back in 2012 which Youtube in all it’s wisdom hasn’t yet found reason to remove : www.youtube.com/watch?v=LFd8aNMFjjE

Christmas Day 2011 - yup I remember this well. It’s written on the folder! Can’t remember having felt too pucker on the run up to winter that year, so I think was me shrugging off the generally shitty feeling and generating some upbeat energy. Certainly darker elements there within the feel of the piece but then it shifts along at quite a pace.

Not so long ago in 2018. Fans of me doing my axe impression will like this. Lovely tuneful piece in all, with bass, sequences and melody lines c/o Berhinger’s Boog/Neutron setup. They’re even slightly out of tune just to show how awkwardly analogue they are, the bastards.

Ear candy to me. I must have spent ages doing all those pretty ornamental noises and effects on this. And then the problem arose that I kinda felt it was a bit shite so I ignored it for some years. Obviously my quality control was on the wonk because actually it’s jolly nice and just comes across as well put together. The spiritual twin of the piece Ellipse I think.

Sometimes I seem to have this inner “Barry White” which wants to wreck my otherwise dodgy credibility by ramming out something slushy. This is such a piece. Believe me I’ve done everything I can to feck with it and make it all wonky and psychedelic. It helps. My guitary bit isn’t bad and overall it just doesn’t suck enough to leave out. Not bad orchestral things going on. Yeah, it’ll do!

I believe it’s the Sanskrit word for “Friend”. It’s a fairly upbeat piece with good strong themes. Although going back around 2012, I replaced the bass line for release, using my recently acquired Neutron. Phat bass is Phat. Not really sure where to place track like this; perhaps if they remade Dallas or Dynasty and wanted some swaggery theme to go with that bullshit. You can see why i don’t get asked to do that sort of work ;-)

2008. Believe it or not I do know at least one person who thinks this track is awesome. They might even be off the medication by now too. This is me being genreless and doing stuff which, admittedly does sound somewhat better under the influence of naughty weed. Is there a point? Was there ever? Is such a thing required?

Rescued from a half-done 2007 backbone in 2018 and then completed. It was rather a good and different sounding dance beat but I never was able to work out how to structure it into a completed piece until now. The problem is a kinda push myself into doing things I’ve never tried before, only to then find that I don’t know how to arrange them when I’ve got there! Sometimes knowing what to do next may take time. In this case it took eleven years. I don’t even think I added anything, just structured it.

2008 again I’m sure. Well initially, then several revisions. Never became satisfied enough with it to want to place it anywhere. Well, after some crafty nips & tucks and some general dolling up I’m left with something I now rather enjoy hearing. So here it be - replete with singy bits. Again, unbelievers in such heresy may find some relief in knowing that I’ve tried screwing with the vocals as much as possible to combat any inherent suckiness.

Andy Pickford is responsible for the lot, in one twisted way or another.