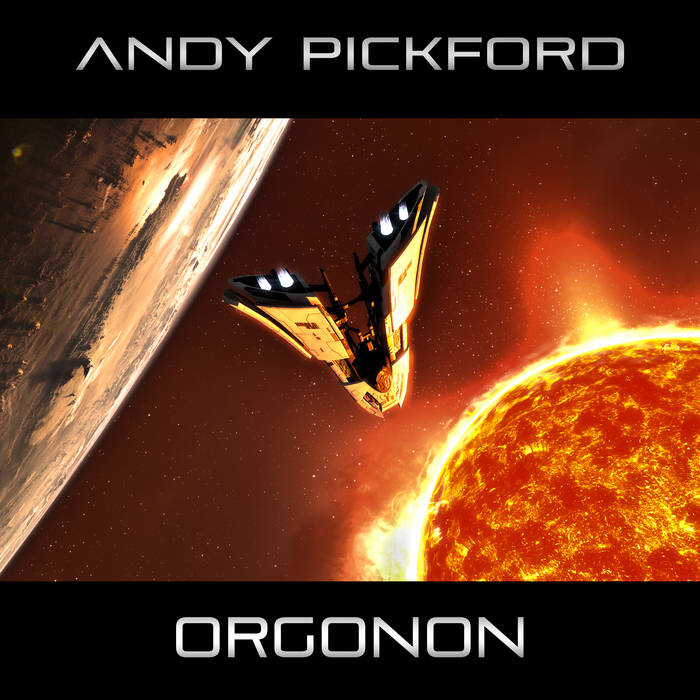 Peter Hutchinson With this latest release Andy has now given us over 650 minutes of new music in the last few months. Many artists struggle to maintain the quality of their output over 60 minutes every other year so for Andy to have the ability to increase the quality with every release is nothing short of miraclulous.
Vierfarbig Bomber is a highlight amongst highlights and as always Andy deserves a much wider audience to appreciate his undoubted talents.

MIRAI Although I love this epic of an album, I’ve been playing the Trump (part 6) song over and over in a loop for quite some time now. It captures the moment, and energises me through the aggressive hustle and bustle of London Town. #Winning!
(I think lots of EDM and goth kids would love it too.)

These releases are superb, especially this one and I look forward to and will be buying every one of these releases in the future.

I've been lucky enough to have met and seen Andy play live several times and have been a fan of his music since about 1990.

Thanks Andy for this wonderful music and keep them coming. Favorite track: Orgonon (Parts 1-5 ).

www.littleuniversemusic.co.uk | Simply Better Music "OMFG Part 3"....well,well, after the last 2 long form opus offerings from Andy I didn't think there'd be much left in the pot, but how wrong was I !! JM Jarre should be ashamed at releasing the paltry Oxygen 3 when you got the likes of Andy creating works like this with little recognition, let alone any meaningful publicity and financial backing to speak of. Beggars belief, it really does! Buy this album please and support his work. You won't regret it. 10/10

Third 15 part instalment of my ongoing venture into vast sprawling soundscapes territory! Following "Harmonics in The Silence" and "Shadow at The Gate", Orgonon carries the series into new terrain. I'll try not to waffle on about it too much because I guarantee it'll mean jack to you guys! All I will say is that it reminded me in several places of my mindset during the Maelstrom/Terraformer period ie: -purpose- and concept. In this instance it turns out that many of the tracks concern Wilhelm Reich's work with Orgone energy, supressed tech and cool weird shite in general!
Hence what you have here is an enormous concept suite. I think it has perhaps less of the experimentalism of HiTS and SaTG and instead more of me just being me and enjoying it.

Now then - the opening part contains excerpts of a reading by D.T. Smith, of "Listen Little Man" by Wilhelm Reich. The full version of this reading can be found here: www.youtube.com/watch?v=DeIgAlIxI0I

in this suite there are also singy bits. Don't worry though they're all electronic! Firstly Track 2, which you can call "Our Little World" if you like. Lyrics are:

Born out of the order into chaos into light
One moment’s imperfection gave you motion gave you life
But everything within you is a wholeness, makes you bright
And we so need to see
For our little world

Part 6 has singy bits and to all intents and purposes is "Vierfarbig Bomber". If you like Donald Trump you may wish to avoid it.

These are the words I want to say
In celebration of your indignation of your own believers
They love the pain you love to give
Their eyes transfixed upon their sacred golden son, but they see nothing
These are the times of endless lies
We don’t believe in you, you can’t compel us to, we are alive
What lies ahead remains unseen
For when the shadow’s cast we see behind the mask, you are revealed.

We know your name, we won’t forget
Your inclination to destroy the good we do, well you can try
You may proceed to intervene
But it’s unlikely to delay the end of you, that is your doing
Your skies are grey your stars obey
The Sun revolves round you the planets worship you you are The One
All fantasy all make believe
Within the things you see there’s no reality, it’s an illusion

Aye well y'know... we do watch telly us musicians. And we can get maybe a tad political when we've not had our dinner.

Apart from that I guess there's not much I can say. Oh, the gear yes - right well as usual this was Prophet 12, Kronos, Virus T2, Korg Radias, JD800, V-Synth, Andromeda, Omnisphere and various other hardware synths and sample libraries. Recorded on ProTools 12.7.1 @ 24bit 44.1khz between April and June 2017 on my iMac the garage.
Assistant Sound Engineer : Trouble (the kitten).
Senior Area-Clearing Fart Engineer : Trouble (the kitten).

Lastly, for those of you who are serious audiophiles, yes it does sound awesome at 24bit but Bandcamp places a 600mb file upload limit per track. Sacrificing the suite's wholeness in order to split all the tracks is a solution but I think it sacrifices too much of what it essentially is, so I'm reluctant to do that. We're stuck at 16bit FLAC and it'll do. It would require 3 CDs to fit the suite on, the pressing costs of which are vastly beyond my means and, if done via a 3rd party would only channel any income to them. I need to do what I can to present my work but retain control in these crazy times. Besides, doing it this way really does help when it comes to discouraging our Russian siblings from stealing it just cos they don't like "The West". Well how the heck do you think I feel? I have to live in it. I ain't part of anything thank you very much. I play synths and have a kitty. Beyond that there be dragons.

P.S. the cover pic - it's a composite where I nabbed an existing pic of Earth from orbit and placed it on an image I created while in orbit around the star Boystin in the Solitude Region of Eve Online. Ship's called a Pilgrim and I had to take her round more than a dozen systems to get just the right star ok :-D