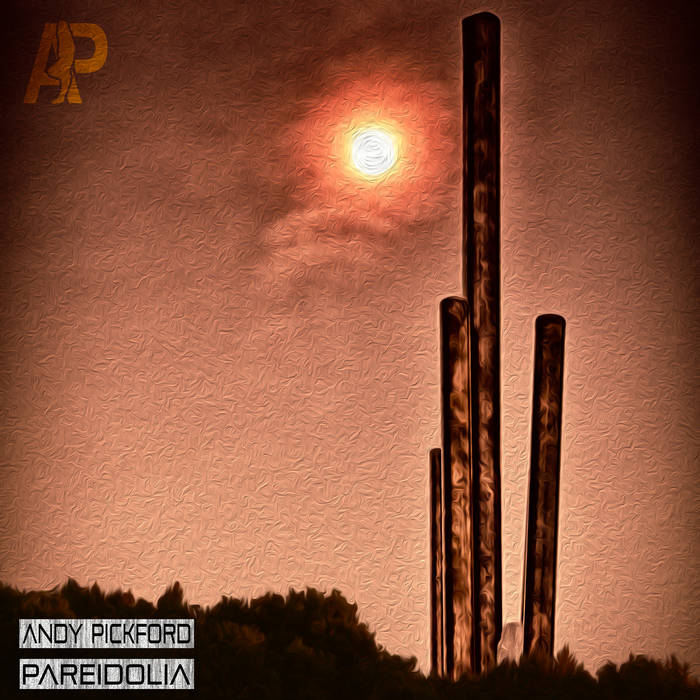 www.littleuniversemusic.co.uk | Simply Better Music Well Pareidolia has finally arrived to my ear 'oles . This one reigns in at 3 and 3 qtrs of an hours worth of pure electronic instrumental music. There must be something in the curries "Up North" for Andy to continually output these masterclasses of melodic genius. I don't think I have played these albums continually for so much and so long. It's the best Christmas present you could get yourself or gift it to someone you know into good music. it's 10/10 of electronic chillin' & groove class...

Thomas Graham I dithered before buying to be honest with this magnum opus. However, the quality throughout never fails - absolutely superb.

S G The first song was playing in my head this morning, and I actually started dancing to it! That is the first time I ever recall dancing to an "Earworm"!

Well, it's time to have me bit of say about the new work. 4th in this ongoing series after Harmonics in The Silence, Shadow at The Gate and Orgonon, comes Pareidolia. Again you're looking at another 15 long electronica-centred pieces, running at around 3.75hrs.
A video I made for Pareidolia (IV) can be viewed here youtu.be/xkzDVzcrW-g
As ever, BC restricts individual file sizes to 600mb so unless I want to slice'n'dice (which I don't), I find these 3 long section arrangements still suitable. I am now looking at the idea of getting some USB memory sticks made up with my logo on. I could then use these as a means of getting the 24bit versions of these 4 works out. In the meantime, good old 16bit ain't so bad, in fact I personally enjoy hearing it more than flabby-bottomed 24bit. But that's just my preference and undoubtedly these works do sound impressive at 24bit so it will happen.
In terms of specifics about this suite of pieces, 10 were recorded over the summer of 2017 and the other 5 at the start of the year. No particular reason for this, it's just the way it worked out. The mixdown applied to these pieces is different to usual. I'm using psychoacoustic panning in order to create a fatter, wider sound. Don't expect stuff to go whizzing about like 5.1 though. It doesn't work out like that. But it does expand the sound field enough to allow for a lot more definition and, well frankly I don't really know what it does and I ain't that into BS to wing it. Suffice to say it fecks with yer head, sounds cool and I like it ;-)
As always it's been a lot of fun messing with the Kronos, the Prophet 12, the A6, V-Synth, Virus T12, Radias, MS20, JD800, JP8080, the shedload of software synths blah blah blah. Well it's always worth name-dropping those buggers since they are me babies :-D
A couple of self-observations this time. Over the duration of these works I've noticed how I've got into the habit of hitting record, playing my line through and basically leaving it as is. It's impressive now how much I play through in entirety in one take. I used to fumble so much years ago. Solos might end up getting played through dozens of times until I could actually play the things reliably enough! Same with any lines requiring effort. I'm a terrible butterfingers! But with these pieces allowing for a much more relaxing approach, I've lost any conscious worries about making mistakes and I just play pretty much everything as it comes. If I bugger something up... I haz Protools so who cares?! It's that I seem to make mistakes now less often. Perhaps more of what's in my head manages to get my fingers to work in the right order and I'm not sitting waiting for the inevitable fail to happen so much.
I don't really know what the point of all that is. I suppose I'm trying to say this kind of work seems to fit my style very comfortably and has allowed me to express myself without having to discipline my approach much. There are still 'arrangements' and stuff which sound like they took plotting and cunning to execute. But in all reality nothing much did. I still handle these works in an improvisational way ie: you ain't hearing anything which wasn't literally invented as the very next idea in my head.

As usual, I'm to blame for all the music and much of the design work. Kim took the pic though. I messed around with it, added stuff, took stuff away and ended up with the final thingy.
Trouble, the studio pussycat necessitated the use of candles on several occasions. This cat can fart at olympic level and should be awarded a medal for most impressive low-lying toxic smog.