Shadow at The Gate 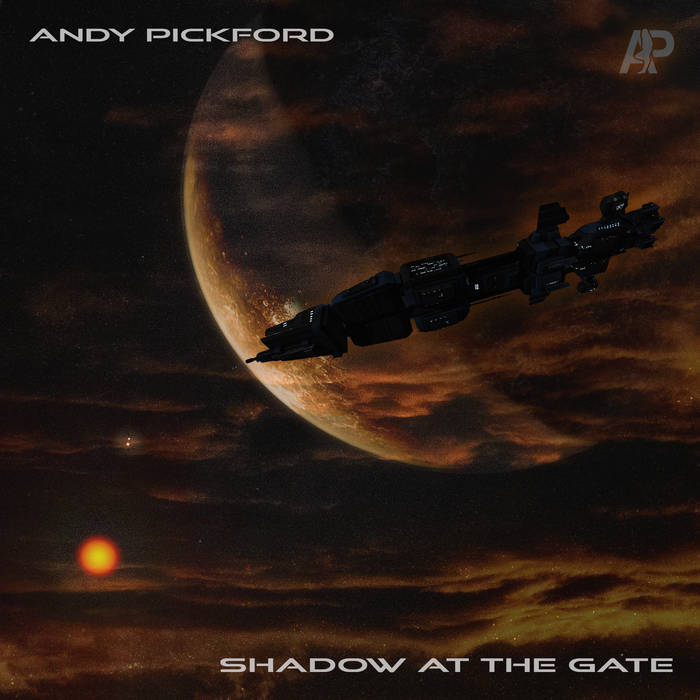 www.littleuniversemusic.co.uk | Simply Better Music "OMFG Part 2" After listening to HITS more or less every day in some shape or form to or from work, I'm not sure that my amp, speakers or headphones want to have this running for the umpteenth time even if I love it. After playing Starcraft 2 way to much with Andy in the background and listening to it mostly while getting slaughtered "to much of a distraction" to be fair :-)
Anyway I get an unsurprisingly standard email from Bandcamp to say that another Andy Pickford album is released. Not Vanguard 3 as I suspected but another 3 hour album "if this qualifies as an album" More of a Journey if I can describe it as that. Now this is something truly special, trust me, it's just a work of art. Every track just grabs you by the nethers. Andy has a special power in that the tracks build up gradually with overwhelming melody and then he inserts more layers of overwhelming melody into the same track. WTF is that all about? In about 3 months he has managed to release an absolute epic release, from an epic release previously. Again long tracks of pure bliss, some would say "repetitive " I'd say STFU. Please if you have a love of electronic music in any format genre but are partial to the works of Jarre, Tangerine Dream, Mark Shreeve (and none of them have released anything as good as this) then you won't be disappointed. Andy says that he feels this is the way he wants his music to go in the future. Can't argue with that. Give up about 4 pints of Peroni at London prices for one night and spend it on something much more rewarding. You won't be disappointed. Absolutely class. 10/10

This is a companion suite to Harmonics in The Silence. One of many to follow I suspect. I greatly enjoy this approach to production and haven't had this much fun with music in years. I think the problem in being such an awkward sod and doing really only what I enjoy, means suffering from being as poor as f*ck! I just have to go an do stuff that little bit differently and as a result my bank manager has never liked me :-D
It's just as well I've given up caring. Consequently... with these vast continuous suites, sprawling out over about 3.5hrs, although I've not quite succeeded in doing something you can't fit into a box, it's certainly harder to. Bandcamp won't allow track lengths in excess of 600MB so I am forced to split these suites into uploadable sections. Hence you get 3 with SaTG as with HiTS.

SaTG represents Winter to HiTS' Autumn/Fall I guess. I did most of this all throughout Christmas 2016 in fact, going into New Year 2017. Apart from being stuffed with food, half kaylied and trying to forget the recent US election (nothing works for this by the way), I carried on working from where HiTS left off. I'm not entirely sure what differences you will be able to spot in the time periods of the two works, but for me SaTG does seem the slightly darker one, but I could be wrong. I'm very much into this style of production now, so you can expect more like this. I have ideas about how to expand and elaborate even further on these kind of structures. Typical of me really - having stumbled across something fab, I've just got to start changing it to see it I can make it even more fab. It doesn't always work but when it does it makes you lot happy, then the dudes in white coats are happy to reinsert me back into my garage to concoct the next concoction*

*Which, having been duly concocted, is called Drone Alone. I added it as an extra cos you're so cool :-)

You can blame me for the lot.
That having been said, this will have involved stuff such as Omnisphere, a few orchy sample libraries, a Prophet 12, a Roland JD800, a Roland V-Synth, Virus T2, Andromeda A6, Korg Radias & MS20. To what extent it involved them I didn't bother noticing, although whether this absolves them of guilt is another matter ;-)

Andy Pickford will return... with Vanguard III : Revenge of The Badgers.

No, really it won't be called Revenge of The Badgers, that's just silly ok.