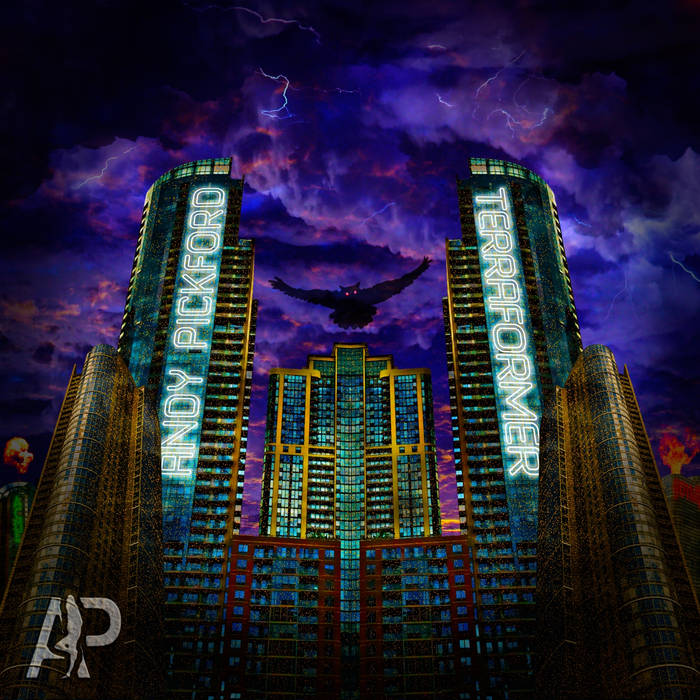 The digital music legend known as Andy Pickford has released the remastered version of his classic full-length album, “Terraformer.” Originally his second LP to be released on the Centaur label, this remastered record has been published on the Lazydragon music label. The mammoth album is comprised of 13 original tracks for a total playing time of one hour and 20 minutes, making for a fantastically comprehensive treatment of Pickford compositions. Old fans will be thrilled to hear “Terraformer” with sonic details, textures, and clarity like has never before been possible, and new fans will find Pickford's music as arresting as it was upon its debut release in 1994.

This remastered LP is the third major re-release from Pickford this summer, following on the heels of his masterpiece, “Maelstrom,” in June and the gorgeous “Lughnasad” in late July (commemorating the actual date of the Gaelic harvest festival, Lughnasad).

“Terraformer” is often regarded as the rival of Pickford's “Maelstrom” as being a favorite among his works, though the albums are stylistically dissimilar in many ways. “Maelstrom” is more ambient and epic in thematic scope, while “Terraformer” picks up where his earlier “Replicant” left off in tones reminiscent of the Blade-Runner setting, from which that album takes its name. Pickford cites as main artistic influences for “Terraformer” the likes of Vangelis, Jarre, and Tangerine Dream, among whose highly regarded company Pickford's music certainly belongs.

Speaking candidly of the album himself, Pickford writes, “The compositions, as with all of my material, are varied and melodic. It’s hard to believe this now, but the use of upfront percussion and aggressive sequencing, alongside traditional synthesized backdrops and set into recognizable song-like structures, was still in relatively early days in that field.”

Considered one of the early pioneers of electronic music, Pickford's albums represent some of the first LPs in the digital genre, and all instruments used herein are exceedingly rudimentary by modern standards. Included among the tracks on “Terraformer” are the groundbreaking singles, “The Furnace,” “Darklands,” and “Djangotron,” the latter of which was inspired by the compositions of Ennio Morricone (“The Good, the Bad, and the Ugly,” “Once Upon a Time in the West”).